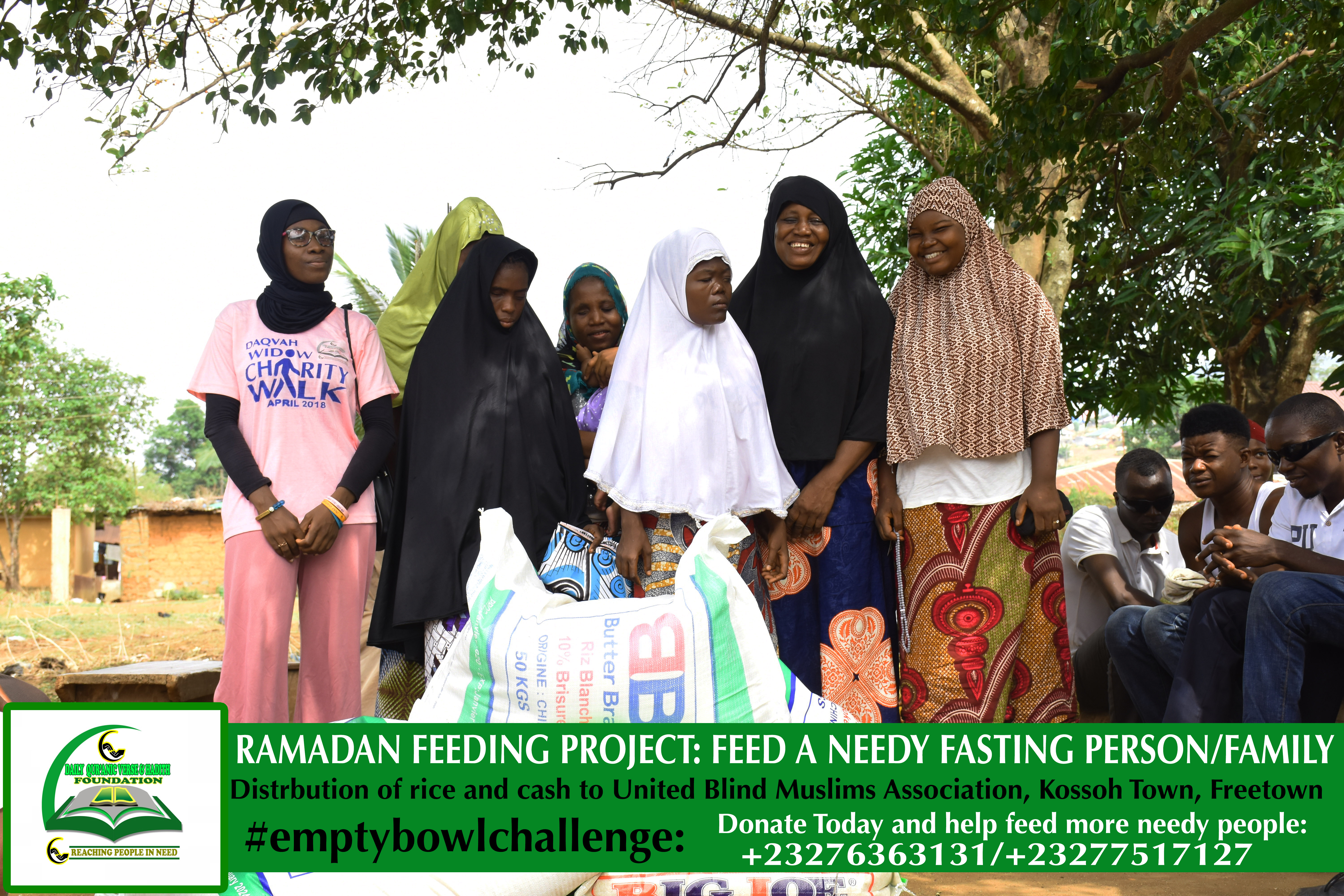 
Alhaji Alhassan Bangura, a donor who supported part of the distribution mentioned that DAQVAH has been one of the most credible charity institutions in the country and that was why whenever he has any donation for the less privileged he will immediately contact the CEO of the fundation as he was assured of reaching the right beneficiaries through DAQVAH. 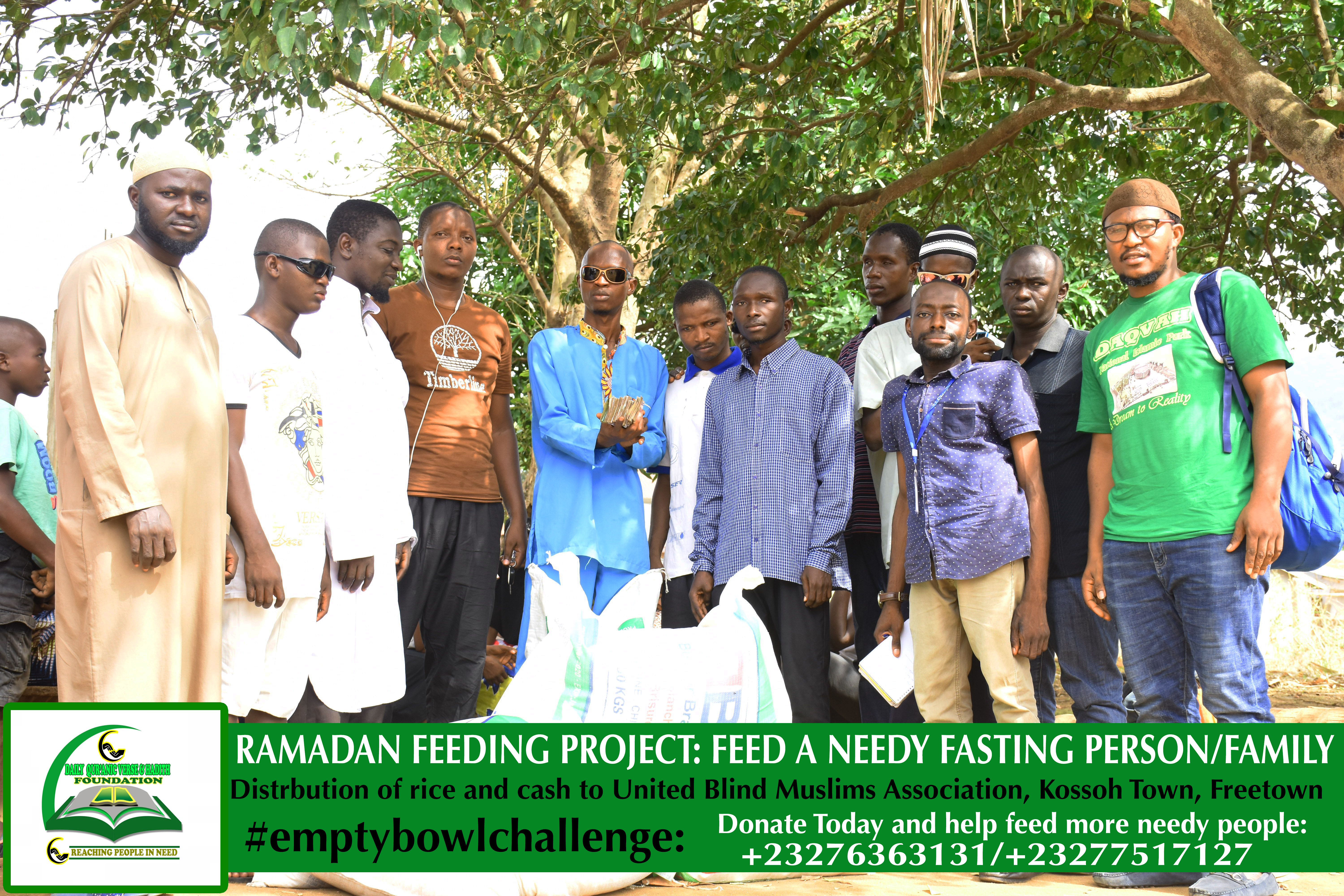 The Chief Executive Officer, Alhaji Abdul Rahman Jalloh said that providing food for the less privileged and physically challenged especially during Ramadan has been one of the key activities of the foundation. He said that at a time when all the masjids are closed and when people find it more difficult to have access to suhur (starting fast) and iftar (breaking fast), then the foundation becomes more worried and more active to raise fund so as to ensure that the needy Muslims are not left out in this Ramadan. “This distribution is being supported by members and non members of the foundation through an active fund raising campaign we launched which is the Empty Bowl Challenge in which members and non members are donating at least Le 25,000 to feed vulnerable Muslims. So please remember our members, donors and selfless volunteers in your prayers,” the CEO ended. 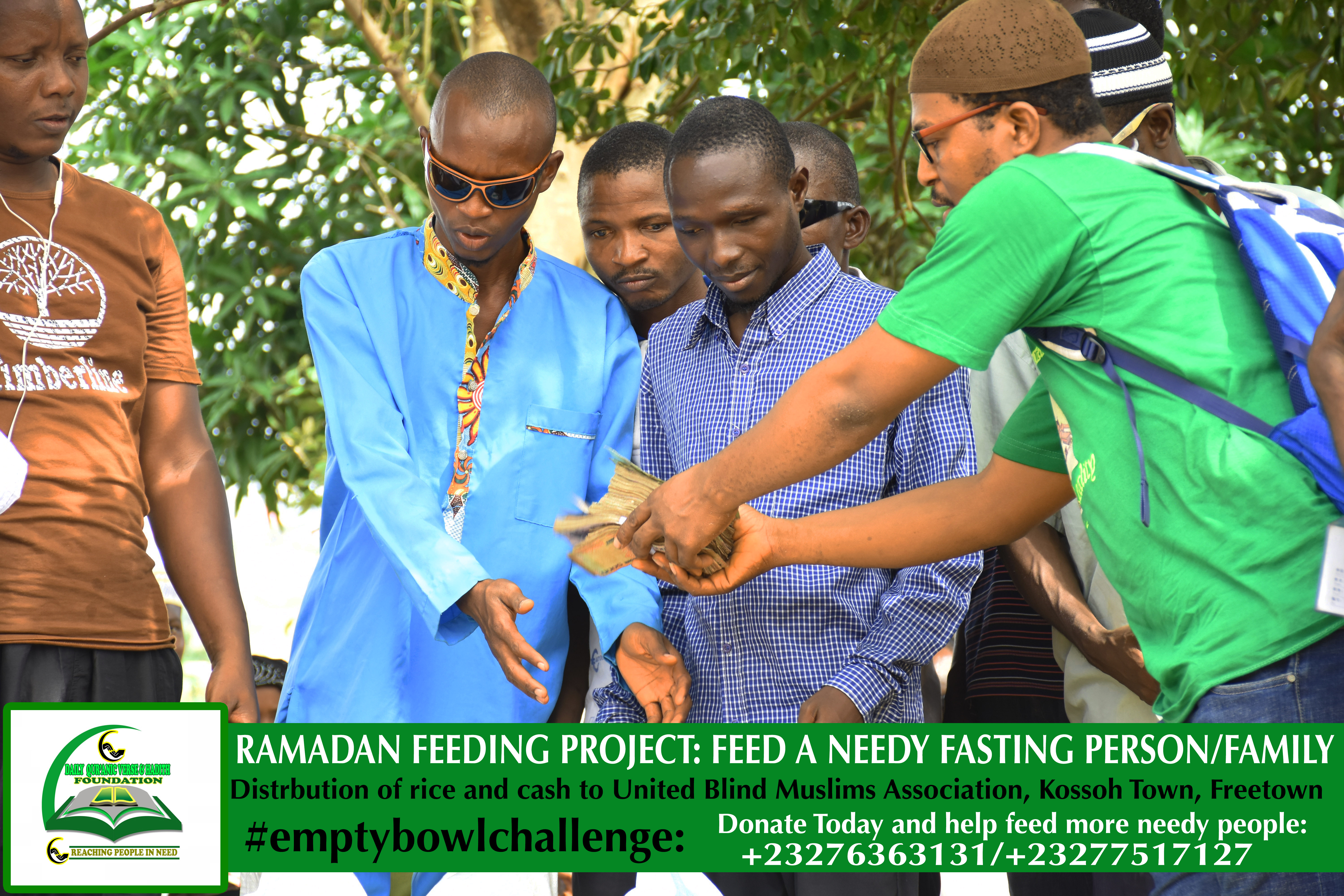 On behalf of UBMA, the president, Sallieu Ibrahim Conteh thanked DAQVAH for what he referred to as usual gesture. He said that DAQVAH has been supporting them since 2017 and made reference to an unexpected support they received recently from the foundation before the three days lockdown. He continued saying, “We appreciate the donation of DAQVAH as this will help us to observe many days in the month of Ramadan with ease as we were truly worried about fasting in this trying times. We pray for all the donors, nationally and internationally for Allah’s guidance and protection especially in their jobs.”

The distribution was climaxed with prayers led by the Deputy Chief Imam of the Association Shiekh Sulaiman. 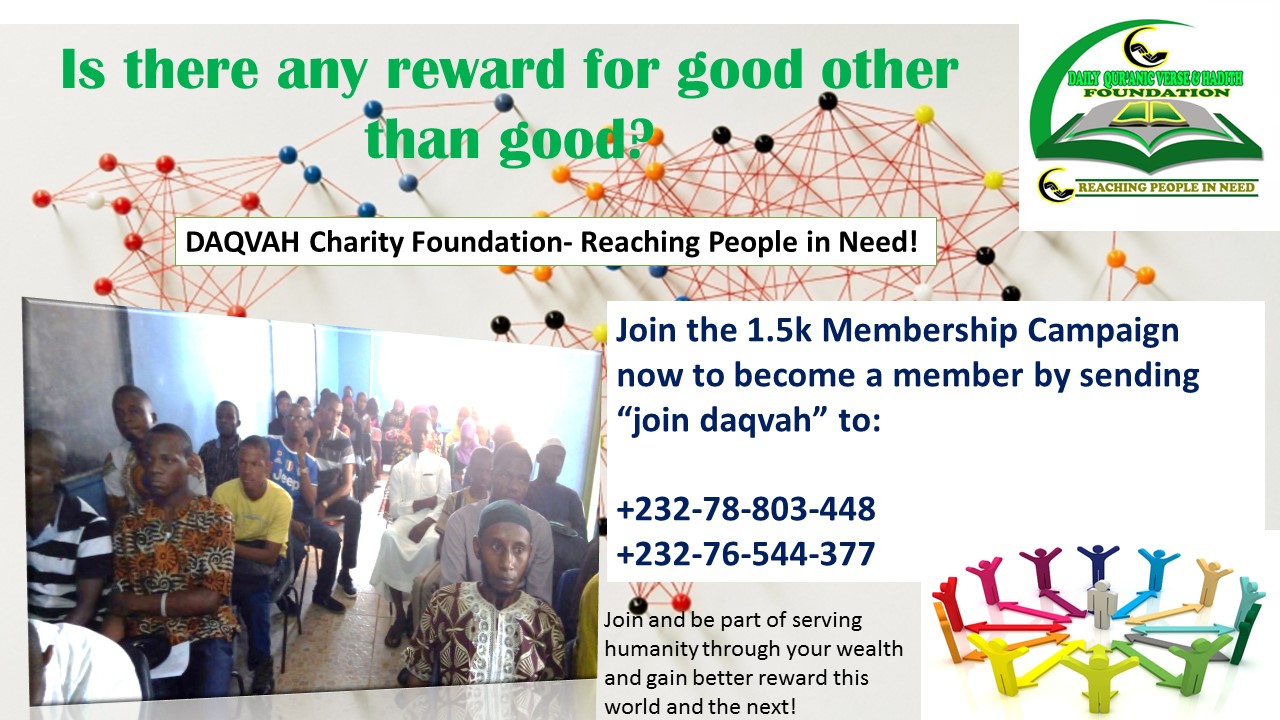